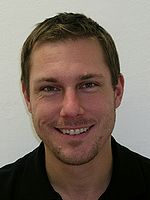 The sustained high rate of tumor cell proliferation results in aglycemia, initiating the revival of OXPHOS in conjunction with the promotion of glutaminolysis [1], which proceeds either as OXPHOS-involved, encompassing forward Krebs cycle truncated after citrate synthase; or as reductive carboxylation ("anoxic") glutaminolysis (RCG), using the only two enzymes of Krebs cycle acting in the reversed mode – isocitrate dehydrogenase isoform-2 (IDH2) and reversed aconitase. In 2011, it became clear that RCG determines and accelerates tumorigenesis in grade 2 and 3 gliomas, secondary glioblastomas (less frequently in primary glioblastomas [2]) and acute myeloid leukemia. Reverse reaction of heterozygous mutants of IDH2 and cytosolic IDH1 produces from 2-oxoglutarate the oncometabolite D-2-hydroxyglutarate [3], which further promotes neoplasia, e.g. by competitive inhibition of histone demethylation, leading to genome-wide alternations in the methylation of histones and DNA.

We have also confirmed reductive carboxylation flux by GC-MS studies, where 13C incorporation from 1-13C-glutamine into citrate and malate was decreased with IDH2 silencing compared to controls. Noteworthy, 13C icorporation into malate is only possible after ACL and MDH reactions in cytosol after preceding citrate export from mitochondria. We have found a substantial RCG increase under hypoxia. RCG was also elevated in the presence of OXPHOS blockers in SH-SY5Y neuroblastoma cells.

Supported by grants no. P301/12/P381 from Czech Science Foundation and by GAUK 426411 from Grant Agency of Charles University.